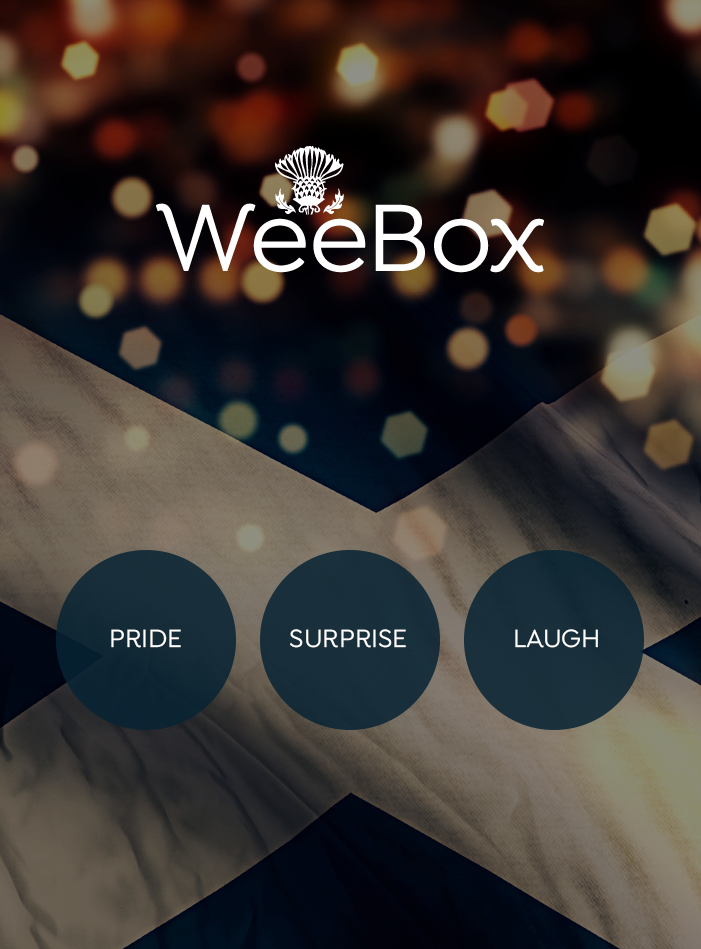 Celebrating is what Scots and Scots-at-heart are famous for.  And what better day to celebrate all that is Scottish, than Scotland’s national day, St Andrew’s Day!

Think you know Scottish distilleries? Well, in the last century, almost 100 of Scotland’s malt whisky distilleries have been closed or destroyed – that’s 1/2 of nearly all distilleries that have ever existed. Many unique and venerable brands have been lost to the world. Until Now!  WeeBox is honoured to include a very special handcrafted whisky for you to discover – inspired by Scotland’s long lost distilleries and supplied by our friends at Lost Distilleries.

What better way to sample Scotland’s lost distilleries than with the Scotland’s traditional cup of friendship. Never heard of a quaich before? Also know as the “Loving Cup” it is a cherished Scottish invention used throughout the centuries to offer a welcoming drink of whisky at clan gatherings and family occasions.  Supplied by quality family run kiltmakers, Geoffrey Tailor, the quaich has two handles which make it ideal for sharing.  What better way to toast St Andrew’s day than with this elegant cup – a symbol of love, sharing, friendship and respect. Slainte! (“Health” in Gaelic).

Did you know in Scots the letter ‘A’ was for ‘aye’ or ‘N’ was for ‘numpty’?  Gie yourself and your family a wee grin with this witty take on the Scottish alphabet – in perfect coaster form, devised and illustrated by our clever friends at Brave Scottish Gifts! The people of Scotland have some of the best humour in the world, so teach your friends some of the best bits – we hope you’ll find it ‘crackin’!

For the morning after…

We have even thought of your wee drouth the next day! Beat the dreaded hangover with this classic Scottish hangover cure – newly launched Irn-Bru XTRA!  Not yet available in the US, we filled our St Andrew’s WeeBox with this unique nectar of the gods, made in Scotland from girders! No Scottish fry up would be complete without irresistible tattie (potato) scones.  We have sourced only the best for this WeeBox – Scottish celebrity chef, Nick Nairn’s handcrafted tattie scones made to his own recipe. And what about a wee slice of toast and marmalade? Thanks to our friends at Pipsqueak Preserves, we bring you this delicious home-made marmalade only available in Scotland.

Teach the next generation about their Scottish roots: Did they know St Andrew was a fisherman? Or that he was a disciple of Jesus? Here are some fast facts to share:

St Andrew’s Day is a day to celebrate Scottish culture, food and dance

St Andrew’s flag is the flag of Scotland, commonly known as The Saltire

St Andrew’s Day is connected with Advent and marks the beginning of Scotland’s winter festivals i.e. Hogmanay and Burns Night