If you have found yourself caught in the mystical and spell-binding Outlander saga and wish to be swept away to Claire and Jamie’s world, come and experience the land that inspired the writer Diana Gabaldon with WeeBox.  Embark on an inspiring journey with stunning gifts to wear, read, taste and smell – this month, WeeBox brings the essence of Scotland straight to you at home.

Outlander begins around the time of the Jacobite Rising of 1745. We follow the plight of Claire Randall (Caitriona Balfe), a nurse who is mysteriously swept back in time from 1946 to 1743. Seemingly stuck in the past, she meets the handsome Highlander Jamie Fraser (played by Sam Heughan). He is a brave soldier and Scottish landowner with Jacobite sympathies, educated in France and handy with a sword.

But who were the Jacobites?

Jacobite simply means, in Latin, ‘supporter of James’. The James this refers to is James the VII of Scotland, the last Roman Catholic monarch to reign over the kingdoms of England, Scotland and Ireland. Invaded by his Protestant son-in-law in 1688 and subsequently overthrown, James was forced into exile in France.  Over the next sixty years James’ supporters would stage a series of rebellions with aim of restoring James and his heirs to the throne.

Sometimes romanticised, during the 1st half of the 18th century, Bonnie Prince Charlie and his diehard supporters, the Jacobites, almost changed the course of history.  Their attempts to drive out the House of Hanover and restore the Stuarts to the British throne is one of the great epics of the past.

Have we whet your appetite to discover more?! Your WeeBox this month brings you the ‘The White Cockade – Historical Tales of the Jacobites’ book where acclaimed storyteller Stuart McHardy retells over 40 Jacobites stories which date back to the time of the Prince himself and his bitter defeat at the Battle of Culloden.  Based on real people and events and including tales of love, loyalty, bravery and treachery, The White Cockade opens a window into this remarkable world and features a huge cast of colourful characters.  With many of us spending a lot more time indoors at the moment, this is the perfect way to travel back in time to where it all began in Outlander.

This plus so many more enchanting gifts were curated to bring the Scotland of Outlander a wee bit closer.  We hope you can treasure them especially on World Outlander Day, the 1st June which marks the date Gabaldon published her 1st novel way back in 1991! Each year fans the world over pay tribute to the epic love story between Jamie and Claire on social media – and we hope you will join them and us too #WorldOutlanderDay 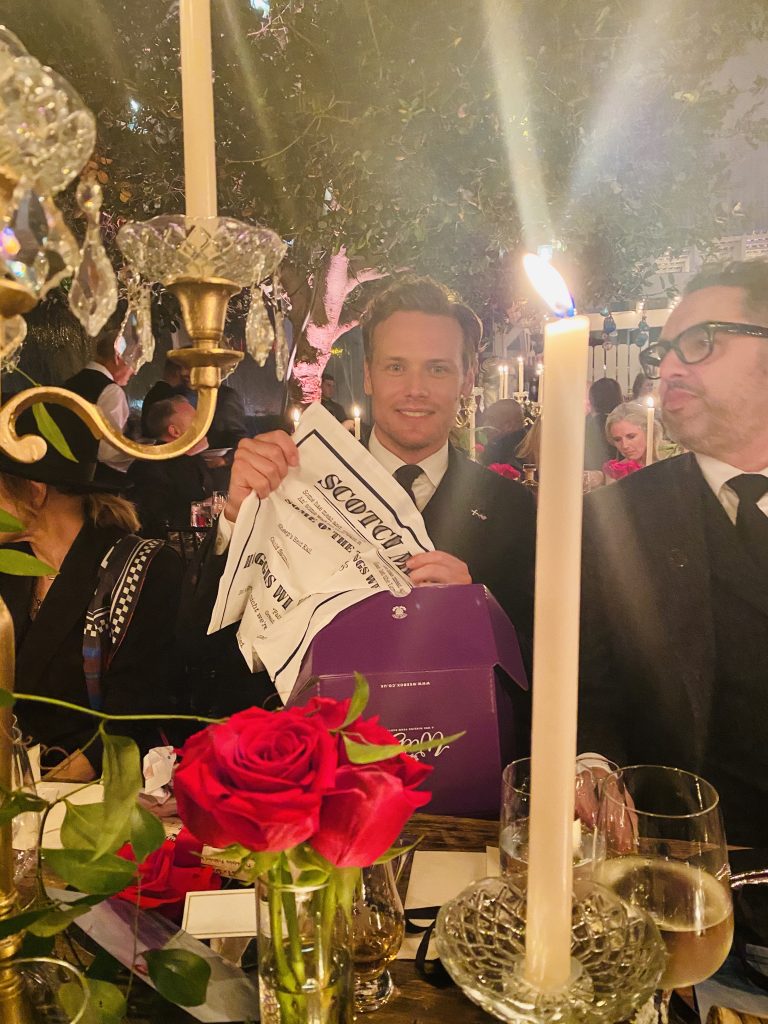