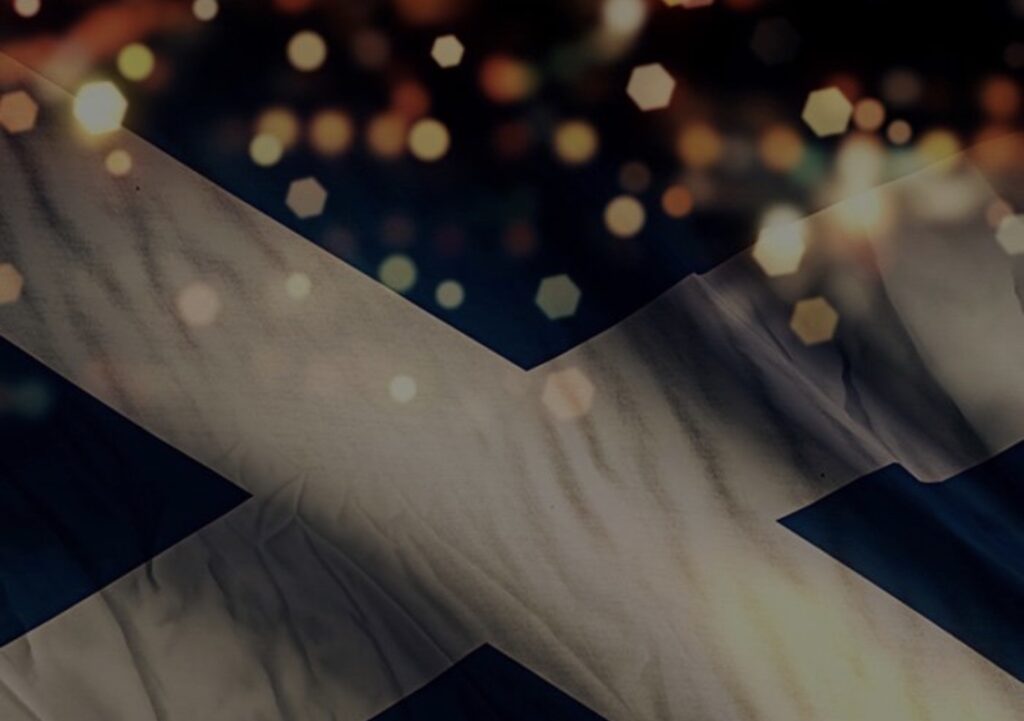 As the nights draw in and the weather gets crisper, here in Scotland we are welcoming autumn and saluting all that makes Scotland glorious.  We want to invite our WeeBox Clan to join us in this and celebrate the bonds that we have between Scots and Scots-at-heart all across the world.

What better day to do this than our national day, St. Andrew’s Day on the 30th November.  St. Andrew is the patron saint of Scotland and every year, Scots across the globe come together to celebrate him and our glorious country. Although St. Andrew never actually stepped foot in Scotland, there is a lovely story behind why he is our patron saint and has been since 1320.

When King Angus of Scotland was preparing for battle in the 9th century, St Andrew came to him in a dream and promised victory.   On the day of the battle an ‘X’ (the symbol of St. Andrew) appeared in the sky. King Angus vowed that because of this, if they won he would name St. Andrew the patron saint of Scotland – and that is exactly what happened. This is also the origin story of our proud saltire flag.  Originating in 832 AD it is the oldest flag in Europe – a little known fact and one our nation is very proud of.

Here in Scotland we celebrate St. Andrews Day (‘Là Naomh Anndrais’ in Scottish Gaelic) in many different ways and different regions have different traditions – although this year may be slightly different of course.

In Glasgow, there is usually a wonderful torchlight procession through the city’s West End where any money raised for the occasion is given to charity. Further north, the Oban Winter Festival celebrate’s Scottish culture on November 30th with whisky festivals, haggis tastings and performances of traditional Scots and Gaelic tunes.

St. Andrew doesn’t just represent Scottish culture to us at WeeBox but also our bonds that bind us together.  This has never been more important than with our global WeeBox Clan that we hold so dear, and especially at this difficult time.  From the very beginning, commemorating St. Andrew has built global connections and spread Scottish love all over the world.

Your October ‘Salute Scotland’ WeeBox is brimming with bonnie Scottish gifts to get your home ready for the winter months … a touch of tartan, gifts to display with pride and a stunning Celtic ring necklace to symbolise the bond that binds us Scots and Scots-at-heart together … no matter where we are in the world.