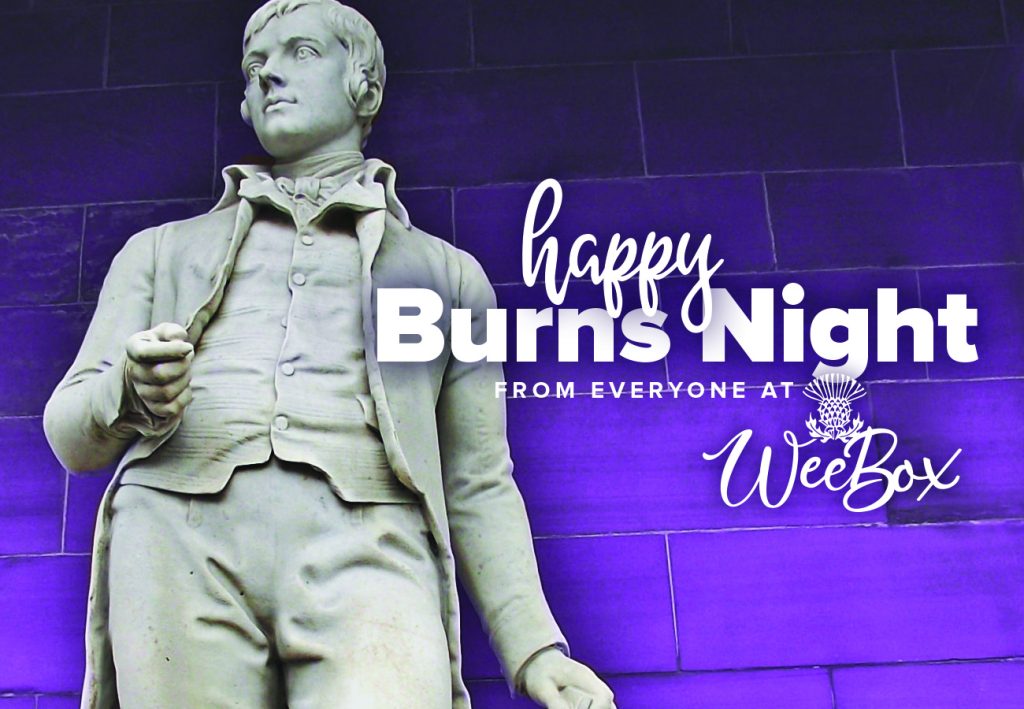 WeeBox helps you toast 2020, Scotland and of course Robert Burns this January!

With Burns Night on the way and preparations taking place around the world, WeeBox decided to take a nostalgic trip to Burns Country and walk in the footsteps of the Bard!

On the 25th January 1759 Robert Burns was born in a small cottage in Alloway, Scotland.  He would become Scotland’s favourite son and national Bard – his legacy has held strong over the centuries and his memory will be celebrated this month.

From Los Angeles to Singapore and from Canada to Hong Kong – this year, WeeBox is helping Scots-at-heart across the globe celebrate Burns Night …. and we’ve channelled inspiration from our visit to his birthplace, Alloway.

The most picturesque village and made famous by Burns, Alloway is pristine, thick with history and a story (or ten!) to tell.  Every inch seemed to nod to the Bard – from the sign posts, street plant pots and street names such as Shanter Way.  We followed in the footsteps of the adventures of Tam o’Shanter, had afternoon tea at the Brigodoon Hotel and popped in to ‘Poets Corner’ coffee shop for a blether and a natter.

When WeeBox visited, the village was preparing for a host of unique events on and around the 25th January.  One which captured our imagination was an exclusive Burns Supper in Burns Cottage where it all began.  What an unforgettable night it promises to be with piper, toasts, recitations, music and speeches, in the most remarkably preserved thatched cottage.

Why not throw your own Burns Supper?! Your January ‘Fàilte 2020’ WeeBox is curated to help you have a night to remember – so gather your friends and family around for haggis, whisky,  poetry with lots of fun and laughter.

Some hae meat and canna eat,

And some wad eat that want it;

But we hae meat, and we can eat,

Sae let the Lord be thankit.