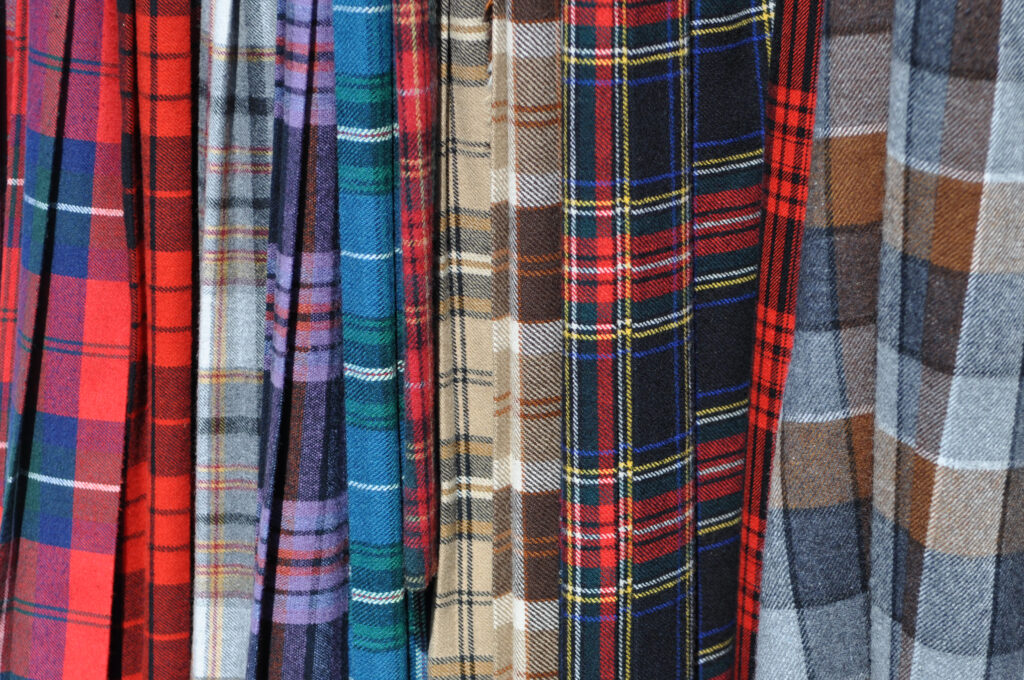 Discover the wonderful world of tartan

Tartan is as synonymous with Scotland as stunning Highland scenery, bagpipes and castles. But what is tartan, what’s it used for, where did all the wonderful patterns come from and how has tartan survived the test of time?

WeeBox will take you through tartan’s history and we’ll also tell you a little bit about our exclusive and bespoke WeeBox tartan too!

What is tartan and how it is so associated with Scotland?

Tartan is a truly historic type of woven cloth and its origins can be traced back to an astonishing 3000 BC. The earliest examples from Scotland have been dated to the third or fourth century and despite its worldwide usage, it’s Scotland that’s now associated the most with this most versatile of woven cloth.

The word ‘tartan’ refers to the pattern of interlocking stripes, running in a horizontal and vertical fashion throughout the cloth. But did you know that originally, tartan designs had no official names and the colours themselves tended to depend on where the cloth was hand woven rather than created to a set pattern?

Tartan was hugely popular in the Highlands, but over time certain local styles became more associated with that particular area. It still took centuries for colours and styles to be attributed to specific clans. These days, tartan is part of the Scottish national dress and is an important part of our cultural exports too.

The patterns and colours of Scottish tartan

The patterns and colours of Scottish tartan really came into their own by the end of the eighteenth century. This was because commercial weaving had taken off and certain companies were supplying tartan to Highland Regiments, which meant that more standard colours and patterns were developed in order to supply such large quantities. These were initially given numbers to identify them, but soon, these patterns came to be identified with Highland clans, towns and regions. In fact, in 1819, there were already 250 specific tartan patterns. But today, there are at least 7,000 unique tartans recorded and more are being added every day.

What is tartan used for?

These days, tartan isn’t just confined to shawls, kilts or hats. It can be found literally anywhere! This adaptability is not only due to its hard-wearing nature, it’s also because it’s just so stylish. A tartan lining in a jacket, a little insert of tartan in a shoe or brogue, a tartan scarf or even just a little flash of tartan on a corsage ribbon can elevate the simple into something much more eye-catching and fashionable.

WeeBox started a journey with Prickly Thistle – an amazing Scottish company that’s dedicated to sustainability and awesome tartans – to design a unique tartan that befits our WeeBox Clan and colours that represents everything Scotland has to offer. Purple from the flora of heather and thistles, green, from the fresh and vibrant colour of the land – and finally, that distinctive light purple from the colour that often bridges the gap from skyline to land.

The thread counts used within the tartan design represent WeeBox’s founding year of 2016, with 216 purple threads as the base of the design and 20 threads in green at the centre pivot representing the year the tartan was designed. And all this is officially registered at The Scottish Register of Tartans, so our design is now woven into the very fabric of the nation.

Join our WeeBox Clan and experience the story and soul of Scotland – from luxurious Scottish brands that pamper you, to award-winning Scottish designers and iconic labels. Every WeeBox is carefully curated around a monthly theme, with five bonnie gifts and treats, which are often exclusive or can’t be bought outside of Scotland. Get your monthly subscription to WeeBox today. 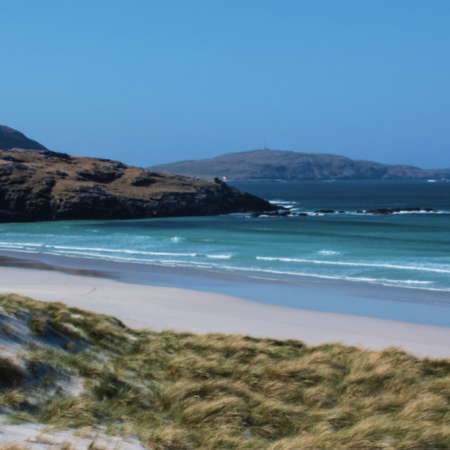 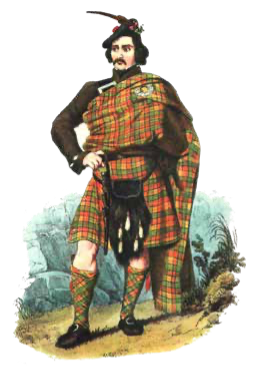 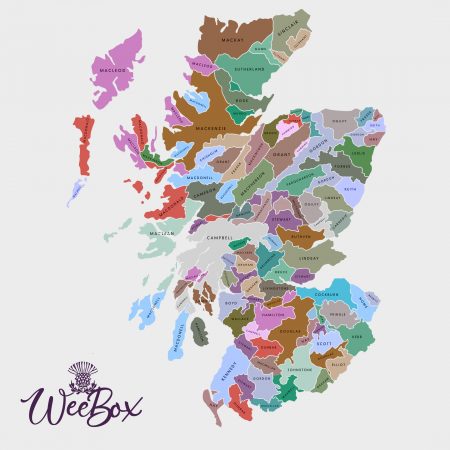 An Introduction to Scotland’s Clans | WeeBox